On the way to Islands, South West of Bangkok bordering Myanmar in the West and the Gulf of Thailand to the East lies Phetchaburi province. We headed there after visiting North.

In this article we will shortly introduce you with phetchaburi.

The province, sometimes also called Phetburi, is best known for its long, sandy beaches and its natural beauty. Thailand’s largest national park is contained in this province.

Most of the time we spent in the capital of the province, called Phetchaburi city. City itself is not very big and has almost none of tourists. We met only few in 4 days.

All the time we stayed in center of the city at JJ. Home where we had such a great time. We were allowed to use kitchen and after making potato pancakes the owner of guest house was very keen to try. She wasn’t dissapointed. 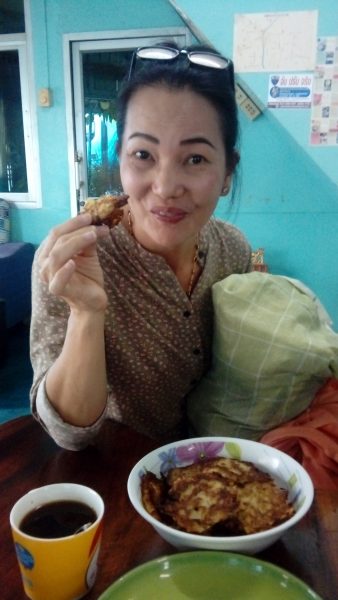 To do & see in Phetchaburi

Phetchaburi’s main beach destination is Cha Am. With its long and sandy beach it is very popular with Thai people and during weekends and holidays it can get very busy.

Phetchaburi has lots of markets to explore. Ask locals about opening times because they vary from day to day. We were lucky enough to explore many of food markets in there and tasted delicious food that we haven’t seen anywhere else in Thailand. One morning we even got some free fruits at the market from old lady. We were trying to pay but she refused the money. That’s kindness! 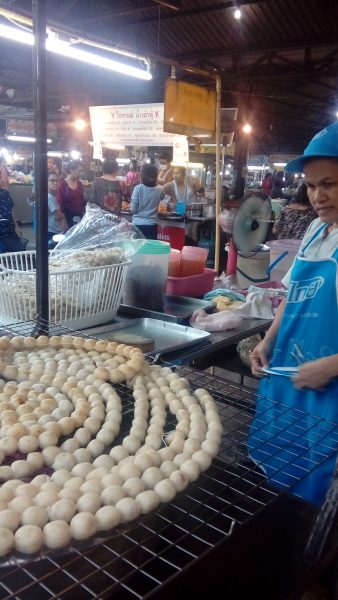 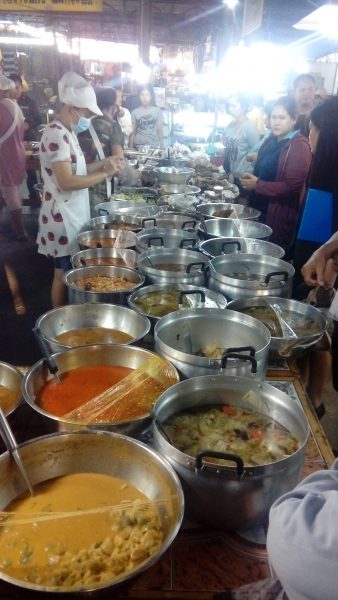 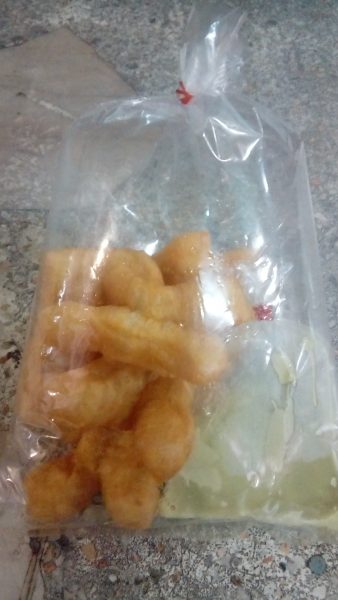 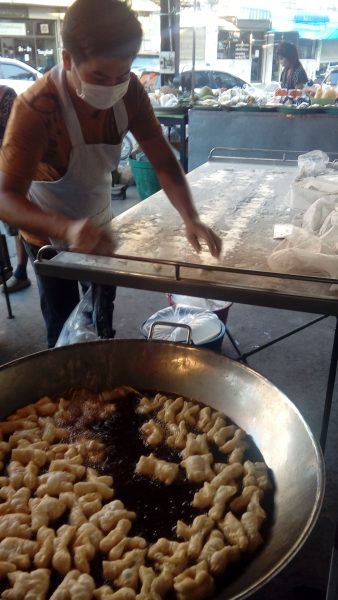 Locals in market were very curious about us because it is not a touristic city and they do not get to see many foreigners around. One lady in night market even insisted to get selfie with me (probably becacuse of my beard). 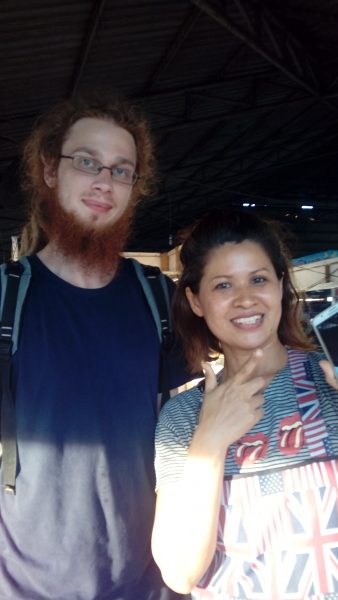 Phetchaburi province has many beautiful caves, of which the Khao Luang caves in Phetchaburi town is the best known. This cave was used by King Mongkut (Rama IV) who meditated in the cave and had a large number of Buddha statues places in there. 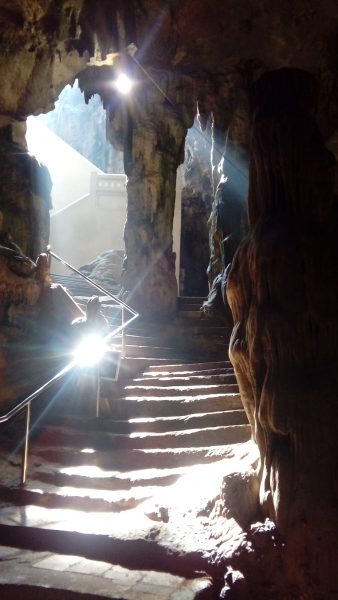 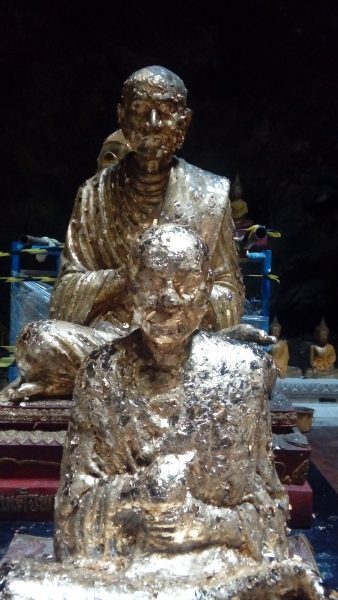 To get to the cave you can walk through the city to get there. Yes it is possible and you will see more than taking tuk-tuk. While we were walking we found fresh pineapples only for 10 baht each !!! 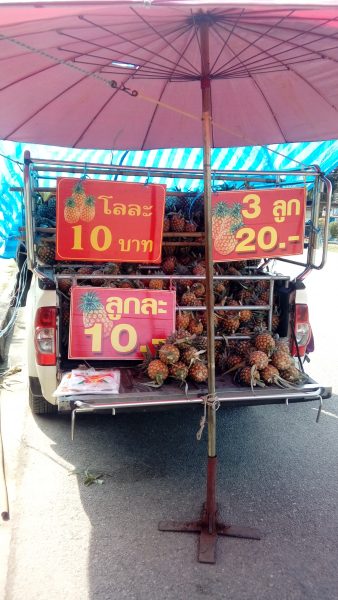 When you will reach the hill there will be a tuk-tuk offering to get you up the hill. Don’t use it – it’s just 5 minutes walk until you reach the temple. Only one thing – you will have to walk up the hill infested by lots of monkeys (which are not aggressive). Entrance is free.

Also we strongly recommend wandering more through the town. You will find lots of temples, monkeys, dogs and most important – friendly locals. Never hesitate to ask where to go if you don’t know the way, locals always help. 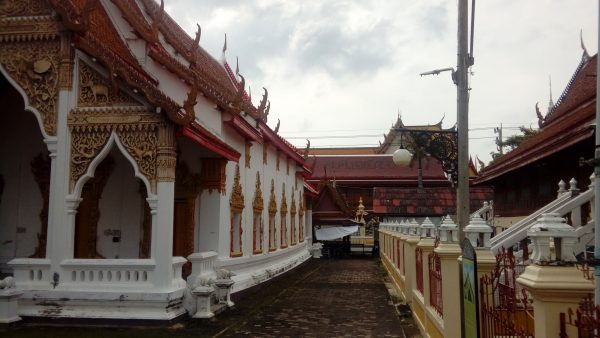 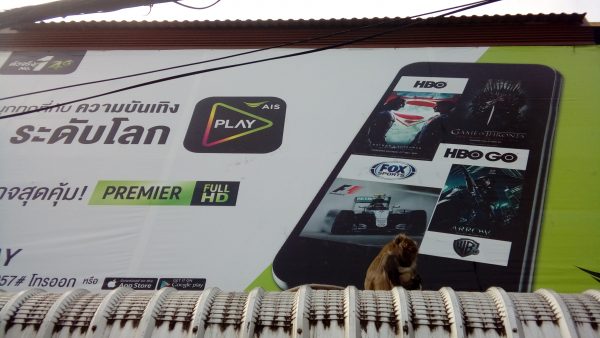 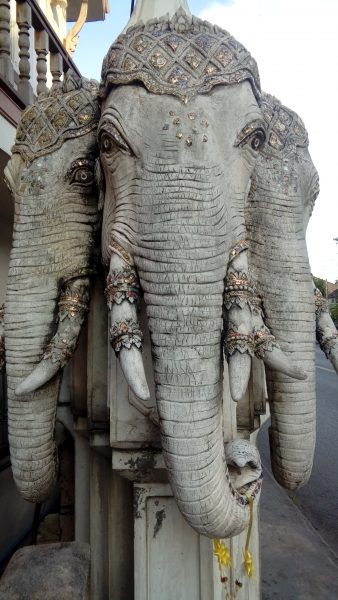 What to do in Phetchaburi