Although plants are firmly rooted in the ground, they do move: sunflowers track the Sun across the sky; daffodils turn their floral faces away from the wind as it blows. Most plant motion is either quite slow (the sunflower), or driven by external factors (the wind on the daffodil). Herbal hustle caused by internal forces is uncommon. That’s no surprise, really: plants have neither nerves nor muscles, nor do they have other obvious mechanisms for generating force rapidly. 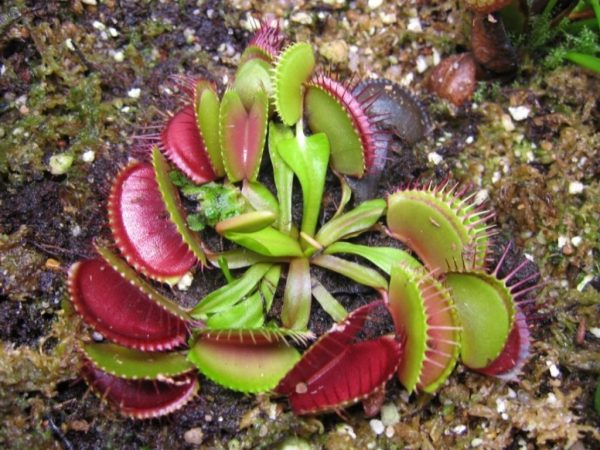 Yet despite the lack of muscle, several plant lineages have independently evolved some capacity for rapid movement. The trigger plants of Australia, for instance, slap a dab of pollen on visiting bees. More morbidly, the Venus flytrap slams two halves of a leaf shut on nutritious insects. Recently, investigators discovered that the flytrap owes its quick grasp to a “bistable configuration” of its leaves, whereby small movements can trigger much larger ones. 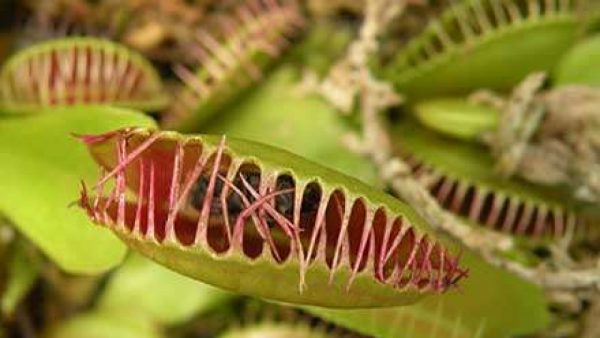 The Venus flytrap (Dionaea muscipula) is native to verdant, boggy coastal plains of North and South Carolina. Bogs are more acidic and have fewer nutrients than most plants can tolerate, and so it’s no coincidence that several bog plants supplement their root-gathered nutrition with insect snacks. That makes a bog into a minefield for winged and walking arthropods. Bladderworts, pitcher plants, and sundews all indulge their carnivorous tastes. Among those refugees from the Little Shop of Insect Horrors, though, the flytrap has a uniquely dynamic method for catching prey. 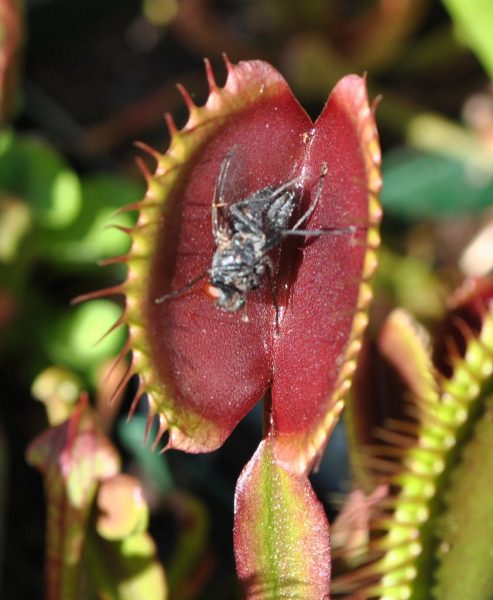 The flytrap features a set of inch-long, heart-shaped capture leaves, each fringed with trigger hairs and bisected by a deep fold. Any insect unwary enough to bend a single hair is a goner. The two halves of the leaf snap shut along its fold in just 100 milliseconds, swiftly enveloping the animal. The trigger hairs become the bars of a prison. In the ensuing few hours the trap seals itself airtight, and digestive glands in the leaf secrete enzymes that reduce the insect to a dry husk. 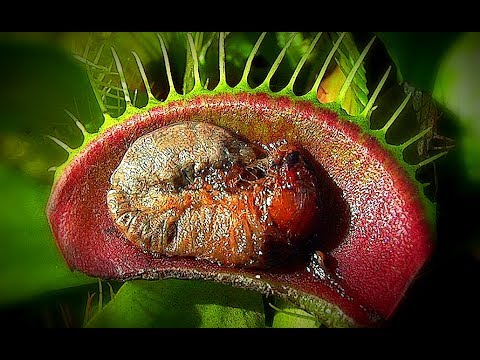 This species of carnivorous, meat-eating, plant has a very limited range. It can only be found wild in certain areas of North and South Carolina, in the United States. Most of its habitat is near the coast. The Venus flytrap lives in boggy areas (low-lying places with wet, soggy soil). The soil in these areas is very nutrient-poor and acidic. In addition, while this species prefers to grow in full sunlight, it can also survive underwater.

Venus flytrap – insects eating plant. Where to find it ?